Squatting is a great compound exercise to work not only your Hip Flexors, but many people experience pain, which either turns them off the exercise or prevents them from performing it. You might try to go through the pain at first, but it’s unlikely to go away and can get much worse. There are a few common causes of pain in the Hip Flexors while squatting.

Even though squatting form is fairly natural for most people, if you haven’t learned proper technique before, or even if you have, it often degrades once you start adding weight. Test if you have the same pain in your Hip Flexors when you’re doing bodyweight or light squats. If you don’t, then you’ve found your answer, and need to slowly increase the weight while paying close attention to your technique.

If you have pain in your Hip Flexors no matter what resistance you are facing, it’s possible for it to be a technique issue. Having your feet too wide or narrow is often a cause of pain in this area, but there could be other corrections to be made as well. Refer to this video and make sure your technique is spot on:

If you’re confident that your technique is good, the next most common cause of pain is a set of tight Hip Flexors. Tight muscles or surrounding fascia can restrict your range of motion. During an exercise like a squat, it’s important to be able to go through the whole movement without issue. Added resistance will place additional stress on your tight muscles that can cause pain.

To correct this issue start doing dynamic stretching before squatting and doing static stretches after your workouts and whenever you can throughout the day.

While it’s not the most common, a case of underdeveloped Hip Flexors can occasionally cause pain during exercise. Compound exercises are limited by their weakest active muscle group, which can be the Hip Flexors.

There are two possible scenarios if there is a significant imbalance. Either more of the load can be shifted to the legs and back, which can cause pain and increase your risk of injury in those areas, or you can maintain proper form and place a lot of stress on your Hip Flexors. In the latter of these two options, it’s really easy to overestimate how much you can handle because your legs, back and other muscle groups are not yet fatigued when your Hip Flexors are at their limit.

This is unfortunately difficult to diagnose, but you can try giving your muscles a few weeks to rest and slowly start squatting again, being careful not to overdo it. You can also try some exercises that isolate the Hip Flexors to bring them up to the strength level you need. 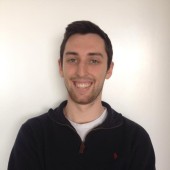 Dealing With Bursitis in Your Hip

Swollen Hip Flexor? Here’s Why and What to Do